Embassy of the Republic of Slovenia Tirana /Newsroom /

Embassy of the Republic of Slovenia

State ceremony in the spirit of Zdravljica, the national anthem

On the eve of Prešeren Day, the Slovenian Cultural Holiday, a state ceremony will be held during which the Prešeren Prize and Prešeren Fund Prizes will be awarded as the highest recognition in the Republic of Slovenia for achievements in the field of artistic creation. 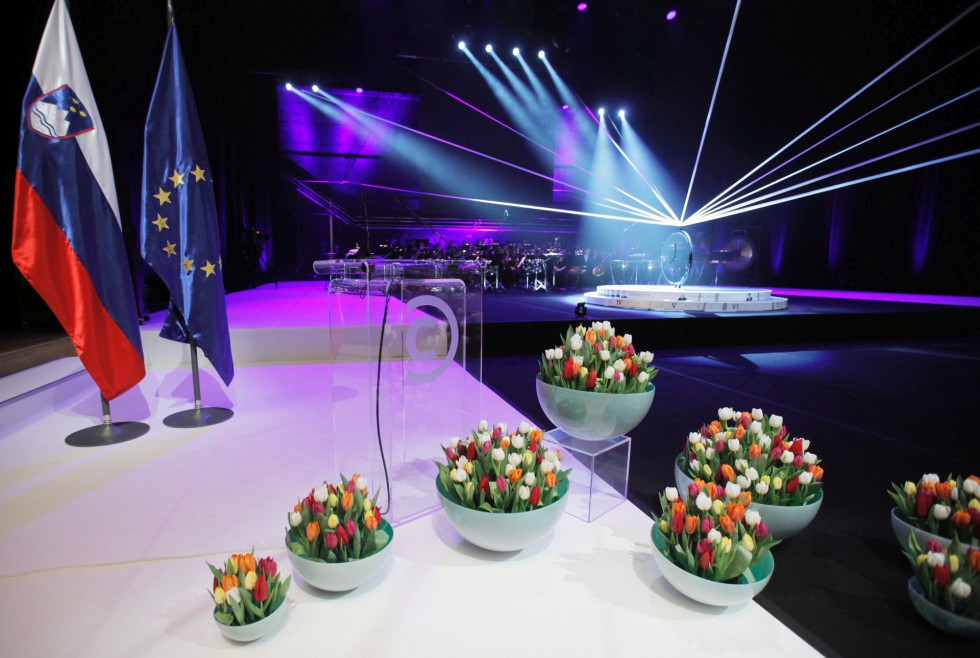 The Prešeren Prize is given to artists who have permanently enriched Slovenian cultural heritage with their outstanding artistic achievements during their lifetime’s work. This year the recipients of this award will be Stojan Kerbler, a central figure of Slovenian photography, and Milko Šparemblek, internationally renowned ballet choreographer, dancer, dramatist and director.

The Prešeren Fund Prize is given to artists for their outstanding artistic achievements that were presented to the public in the three years prior to the award and which enrich Slovenian cultural heritage. The 2020 Prešeren Fund Prizes will be awarded to film director Rok Biček, costume designer Alan Hranitelj, actress Nina Ivanišin, accordionist and composer Luka Juhart, translator Suzana Koncut, and designer Nejc Prah.

The artistic programme of this year’s ceremony under the title WHITHER? is the creation of director Vito Taufer, who built on Prešeren's Zdravljica (A Toast), which speaks of the ritual of toasting the new wine and combines the idea of friendship with a desire for mutual respect, peace, goodness and freedom, as the rulers of the world. The intention of the ceremony, which according to Taufer is more intimate than usual, is to warmly address both the public in the hall and the wider audience that will follow the ceremony on the radio, television and online.

The speaker of honour at the ceremony will be Ms Ira Ratej, President of the Prešeren Fund Management Board.